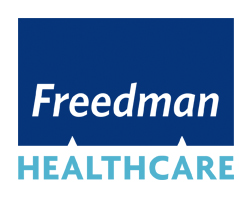 Mr. Boates is currently involved with several projects, including serving as the Project Manager for HealthFacts RI, where he ensures continued improvement the of APCD and oversees the Data Release Application and Review Process from beginning to end, providing support to requestors as they complete their applications and supports projects throughout their entire lifespan. In addition to his work in Rhode Island, Mr. Boates has worked as a project manager for the Oregon APCD, where he oversaw the development of a SWOT analysis informing Oregon’s strategic plan for the coming years. Mr. Boates has also recently worked as the project manager and lead writer on two Cost and Market Impact Reviews (CMIR) for Connecticut, which included delivering a comprehensive analysis of the expected market impact of two hospital acquisitions. The CMIR report framework developed by Mr. Boates and the Freedman Healthcare team was adopted as the model for future CMIRs in Connecticut.

Prior to joining FHC, Mr. Boates worked with ambulatory electronic health records and trained and supported physicians on how to best utilize the system based on their unique organizational workflows. Before this, Mr. Boates served as Program Manager for a health education group at the University of Massachusetts Amherst Center for Health Promotion. Mr. Boates holds an MPH in Health Policy and undergraduate degree in Public Health from the University of Massachusetts Amherst.